Your cart is empty

​In relation to suitable nutrition ‘Charaka Samhita’ refers to a concept known in ayurveda as satmya. Satmya in Sanskrit translates as wholesomeness and outlines the importance of food selection and preparation appropriate to ones ethnic origin.

The wholesome ingredients promote strength instantaneously. If given in excess, these wholesome items do not produce any harmful effects.

The text refers to cultures situated throughout the various regions of the Indian subcontinent and explains that people habitually taking foods accustom to their local regions using traditional preparation methods are more beneficial for health. In addition medicines should be combined with their traditional foods to improve the potency of the prescribed treatment to ensure success. In summary, certain people are genetically suited to certain foods through the body’s evolutionary alignment with available food sources.

Take the Inuit’s of Alaska for example; traditionally they have thrived on food sources such as seals, whales, caribou, fish, fermented foods and berries. If a particular member of this community was to consult a health professional who suggested that they follow a diet consisting of mung dhal basmati rice and chapati, with a pungent blend of Indian spices to correct an irritable bowel, would this be aligned with natures intelligence and provide the greatest potential for relief?

It’s essential to understand which foods suit your body type as well as your ethnic predisposition. Personally I find traditional northern European foods suit my body, if I take a considerable amount of mung dhal I feel heavy, less energized and my digestion can feel sluggish.

As a result of geopolitical, economic shifts, conflict and globalization over the past 100 years or so we have seen an acceleration of culturally diverse communities throughout the world, particularly here in Australia. As a result there has been a concomitant increase of the introduction of cooking styles and food variety. Although there are many positive aspects to this culinary diversity like enjoying flavours from across the globe without leaving town, it can be challenging for some to find foods that encourage health and vitality. Particularly those with sensitive digestive and metabolic systems.

The World Health Organization released a study in 2003, which looked at the relationship between the dramatic increases in heart disease, obesity and diabetes amongst Pacific Island communities and the introduction of foreign food substances like flour, sugar, canned meat and poultry.

Among other startling findings, the results suggested that over 50% of Pacific islanders reported to be overweight or obese, and at high risk of cardiovascular disease and type 2 diabetes. The majority of these cases were increased in more economically developed regions having more access to imported foods. Where as more isolated communities dependent on local produce and traditional food sources and cooking methods reported a more favorable health status.

This is likely to be the cause of increase food substances previously unknown to Polynesian communities. Their bodies are simply not designed to tolerate high amounts of processed foods and certain animal products that are more commonly used in western cultures.

These days many of us have ethnicity of mixed origin, so it cannot only be good for our health, but quite enjoyable to experiment with known traditional foods and cooking methods shared by our ancestors. For best results, find the traditional foods that complement your geographical location, season and body type. 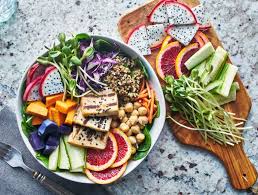 And stay on top of the news!